Captain Yasmin Brown has 16 years of experience with The Maryland-National Capital Park Police, serving her entire career in the Prince George’s County Division.  She has worked in various assignments to include: Patrol Officer and Assistant Squad Supervisor, Mounted Services Officer and Assistant Squad Supervisor, Patrol Sergeant, Canine Unit Supervisor, Patrol Lieutenant, and most recently as Support Operations Lieutenant. Captain Brown has been responsible for coordinating many Park Police community events, to include the Park Police Community Day, Safe Summer and the Park Police’s Field Training and Evaluation Program.

Captain Brown has served as Baton, D.A.R.E, and Emergency Vehicle Operations Instructor. She was recognized as Municipal Police Training Committee Instructor of the Year in 2013. She has been the recipient of many awards internally and externally throughout her career to include numerous Certificates of Recognition, Certificates of Appreciation, Commendable Service Awards, Commanders Award, Group Performance Awards, and a Meritorious Achievement Award. Captain Brown was the Joseph K. Brown Academic Award recipient upon graduation from the Prince George's Police Department Academy in August 2002.  Captain Brown also graduate from Montgomery College and Howard University. 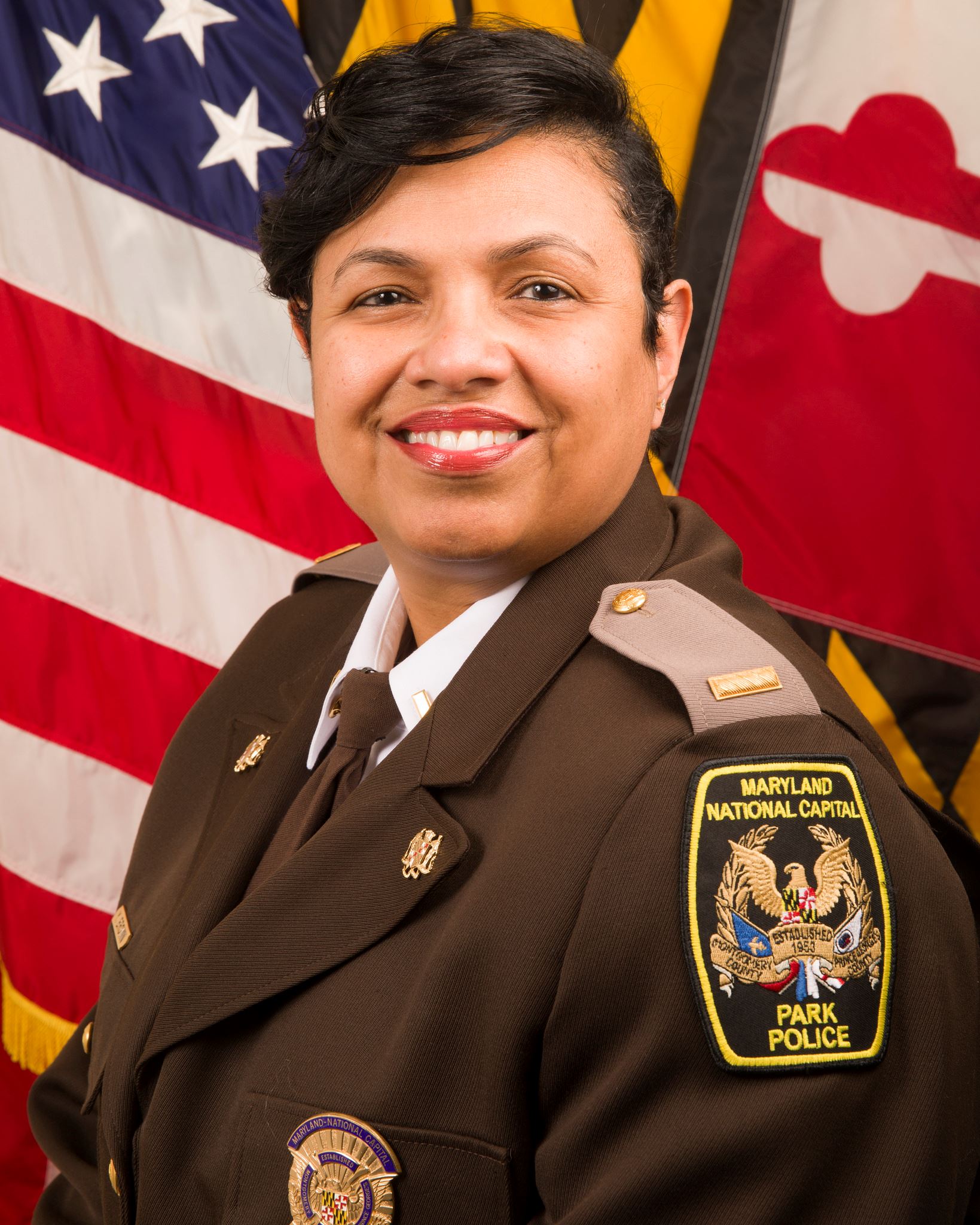 “Patches & Badges” was an idea fostered by Captain Brown, that allowed officers to show their support for Breast Cancer Awareness and Domestic Violence Awareness by wearing pink or purple patches and badges, respectively, during the month of October.  Understanding that these two issues impact many of our citizens, Captain Brown felt it was important to show that police officers too are affected by and sympathize with the struggles associated with breast cancer and domestic violence.  Captain Brown personally purchased 150 patches of each color in hopes that officers would be willing to show their support by buying and wearing the patches and badges. The positive response was overwhelming and exceeded expectations, with both colors selling out quickly. Thanks to Chief Stanley Johnson’s endorsement, officers were able to proudly display their support and compassion, while raising awareness for these two very important causes.

The inspiration for “Patches & Badges” came from Captain Brown’s personal experience, havinghad a family member battle breast cancer.  With other police departments displaying some form of support for breast cancer awareness, she recognized the need for Park Police to join the cause.  She then expanded the program’s reach by introducing purple in recognition of Domestic Violence Awareness. Captain Brown for the past three years has served with Lieutenant Vereen Barton on a committee dedicated to domestic violence awareness programming and activities.  She found the courage displayed by these survivors to be inspiring and to issue a call to action.

Captain Brown received positive feedback from both officers and citizens.  And, she believes that by wearing the patches in support of each cause, it brought Park Police Officers closer together.  She also stated, "In our interactions with the public, sometimes a small gesture such as this can be very comforting to someone."  All of the patches and badges were purchased voluntarily by the officers and proudly displayed.